It’s estimated that 10 out of 100 women have ovarian cysts. Luckily, most ovarian cysts are benign, and many resolve on their own without complications. Because the cysts don’t always cause symptoms it’s important to see your OB/GYN regularly for check-ups. Regina Hill, MD, offers women’s exams and can diagnose and treat ovarian cysts at her practice in Westlake, Ohio. Call the practice to schedule an appointment today.

What are ovarian cysts?

Ovarian cysts are fluid-filled sacs that form on the ovaries. Cysts are benign (non-cancerous), and often they’ll resolve on their own without causing symptoms. Cysts may form on one or both ovaries, and they’re quite common. In fact, most women will have at least one asymptomatic cyst in her lifetime.

What causes ovarian cysts to form?

The most common cysts are called functional cysts, and they occur as a result of hormonal fluctuations that occur during a menstrual cycle when the normal release of the egg from the ovary is disrupted in some way. Functional cysts typically disappear within one or two menstrual cycles, and most women won’t realize they’ve even had them. Some cysts contain material from the egg development cycle and form when the material causes irritation.

Other cysts called endometrioma develop in women with endometriosis, a painful condition that develops when the uterine lining tissue begins forming outside the uterus. These cysts can grow to become quite large, and in some cases, they can twist the ovary, causing pain and other symptoms and requiring immediate treatment to prevent more serious issues from occurring. Large cysts can also make it difficult to become pregnant.

What symptoms are associated with ovarian cysts?

Many ovarian cysts cause no symptoms, but when symptoms do occur, they can include:

Large cysts may also press on the bowel or bladder, making it difficult to have a bowel movement or increasing the urge to urinate.

How are ovarian cysts diagnosed?

Ovarian cysts can cause symptoms that are similar to other conditions, so having a comprehensive evaluation is essential to making a diagnosis. In addition to a review of your history and symptoms, transvaginal ultrasound imaging is often performed to gain a better view of the ovaries.

What is involved in ovarian cyst treatment? 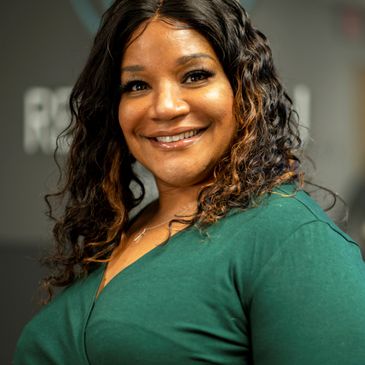 we call her “The Queen of Transformations”

We proudly accept the CareCredit credit card to help you finance your healthcare needs.

See if you Prequalify

For questions about your specific coverage, please call the office.

Words can't explain how helpful, polite, and professional Dr. Hill and her time were to me during a very important time in my life. I happily drive almost 30 miles to see her. Great office. Great service. P.S Amanda and Jill were also great. Thanks ladies.

Dr.Hill is one of the best. Her compassion and bedside manner can put anyone at ease. You never feel alone. She has a kind smile and is extremely knowledgeable. You can trust you are going to be taken care of and trust she knows how to help!

I have been seeing Dr. Hill for 25+ years. She is my rock star!! She is kind, compassionate, patient, empathetic, and the list goes on and on. I highly recommend her.